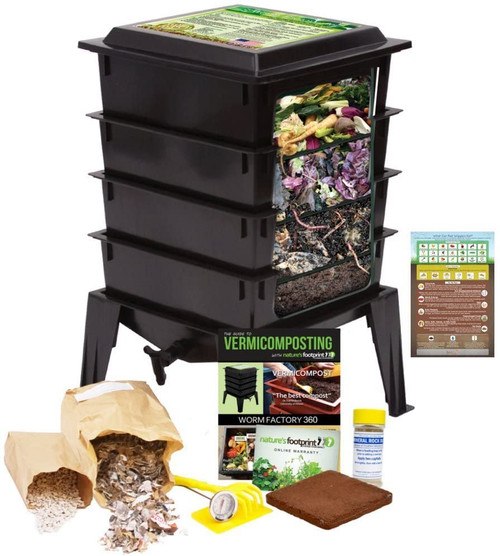 *Shipping is limited to Alaska addresses only for this item.

Composting with worms allows you to turn kitchen scraps, paper waste and cardboard into nutrient-rich soil for your plants. The Worm Factory® 360 composting system makes the entire process quick and easy.

With a thermo siphon air flow design, the Worm Factory 360 increases the composting speed. Now you can produce compost much faster than traditional composting methods. Master Gardeners agree, worm castings are one of the richest forms of fertilizer that you can use.

As waste is broken down, moisture filters through the system, taking nutrient-rich particles with it. This makes it possible to harvest organic liquid fertilizer right from the spigot.

Down to Earth Worm Castings