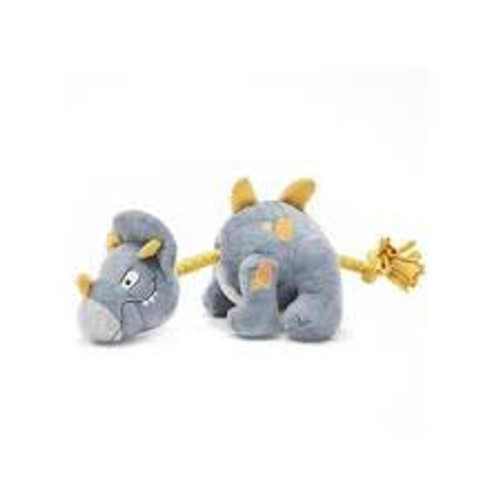 This triceratops dog toy is your pup's new favorite prehistoric plaything. Herbert the Herbivore might look peaceful, but this vegetarian's ready to rumble. Made with a pull-through T-shirt rope that's great for tug-o-war, and just when you think he's going extinct, Herbie reveals a spiky, squeaker ball bonus toy hidden inside his chewrassic body!